The Definitive Resource About Google Penguin for All Your SEO Needs 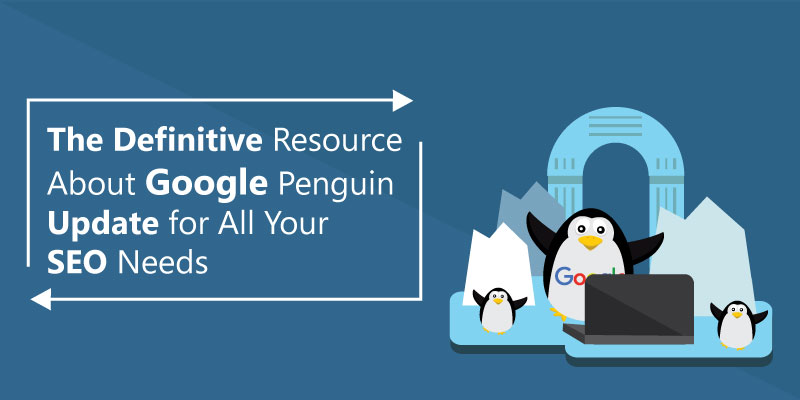 The Definitive Resource About Google Penguin for All Your SEO Needs

Working closely on the heels of Panda Update, Google rolled out the Google Penguin Update to target two other aspects of SEO that were being rampantly manipulated and misused.

While the Panda Update aimed to tackle the ever increasing menace of low-quality content making it to the top of the search engine result, Google Penguin Update is aimed to address two equally important SEO factors – manipulative link scheming and keyword stuffing.

Between 2012 and 2016, the filter went through 10 documented updates, evolving over time and influencing the SEO community’s understanding of the problematic practices Google Penguin sought to address.

As of early 2017, Google Penguin is now part of Google’s core algorithm.

Link schemes - The development, acquisition or purchase of backlinks from low-quality or unrelated websites, creating an artificial picture of popularity and relevance in an attempt to manipulate Google into bestowing high rankings.

Keyword stuffing – Populating a web page with large numbers of keywords or repetitions of keywords in an attempt to manipulate rank via the appearance of relevance to specific search phrases. For example, an unnatural repetition of keywords on a given page might look like:

How Can I Discover if I Have Been Hit by Google Penguin Update?

First, it’s important to differentiate between Penguin and a manual penalty for unnatural linking.

In brief, Google Penguin is an index filter applicable to all websites, whereas a manual penalty is specific to a single website that Google has determined to be spamming.

These manual penalties may be the result of a given website being reported by Google users for spam, and it’s also speculated that Google may manually monitor some industries (like payday loan companies) more than others (like cupcake bakeries).

If your website’s analytics show a drop in rankings or traffic on a date associated with a Google Penguin update, then you may have been affected by this filter.

Be sure you’ve ruled out expected traffic fluctuations from phenomena like seasonality, and carefully evaluate whether your keyword optimization or linking practices would be deemed spammy by Google, making your site vulnerable to an update like Penguin.

How to recover from Google Penguin?

Unlike a manual link penalty, for which you must file a reconsideration request with Google once you’ve cleaned house, you do not file such a request to have a Google Penguin penalty lifted. Rather, taking action to remedy problems will often earn ‘forgiveness’ the next time Googlebot comes to crawl your site.

These recovery steps include:

Google Penguin Update was created to remedy a severe weakness in Google’s system that enabled their algorithm to be ‘tricked’ by large numbers of low quality links and the keyword over-optimization of pages. To avoid having your website devalued by Google for spam practices, all content you publish should reflect natural language, and your link-earning-and-building practices must be deemed “safe.”