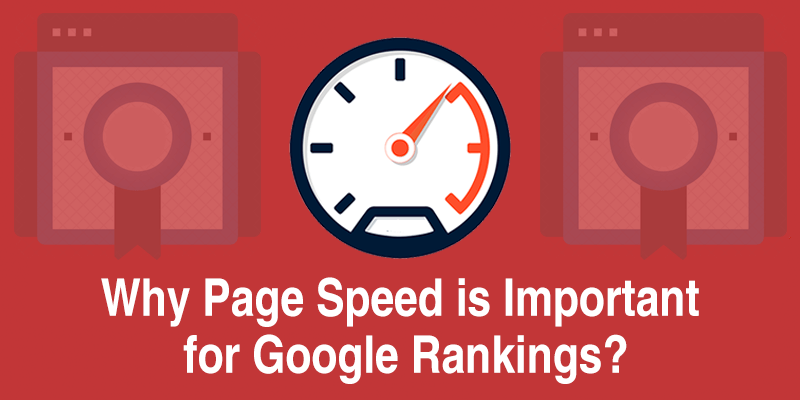 Search engine optimization and advancing a site or page’s rank on Google are complex topics, to be sure. More than a few people have been perplexed by the sudden and often inexplicable changes they experience in their SEO metrics.

These include sudden drop or rise in their page’s rank, the amount of organic traffic they get from searches, and the advantage their new material gets versus what they have already published.

Getting better visibility in the search is equal parts art and science, but there are some well-publicized and recommended tricks that anyone can leverage to be successful in ranking higher.

However, to do this marketers and website owners should first seek some expert advice and then implement the best practices for both pages and domains to achieve the desired results.

What Makes Page Speed So Important?

One of the key metrics by which websites are judged is how fast they load. Speed is king when it comes to any kind of marketing or audience attraction online.

The Internet attention span is a well-known factor that gives any page, video, or product roughly eight seconds to retain users’ attention. After that, most of the users will leave the page and never return.

There are credible reports which say that this interval is even shorter when it comes to mobile phones. This should be even more worrying because phones often have slower connections and less powerful hardware.

Chief among the concerns of a search engine like Google is the experience its users have after they are presented with the results. Not only should the listed sites have the information being sought, they should also be quality sites that work well and load quickly.

Like all successful Internet marketers, Google understands the role “speed” plays on the web. Users have no patience for sites that get stuck, malfunction, or take forever to load. This happens when they are fragmented or take too long to display their images and video.

The reasons for this are fairly simple. The most popular sites have lightning fast response times. The more those sites are visited, the more users get accustomed to instant load times.

So, when a site with a more modest hardware and bandwidth budget loads just a little slower, it can often be interpreted as a malfunction by a majority of users and shunned.  It is for this reason page speed needs to be as big a priority for a site developer as it is for Google.

While even the most ambitious webmaster probably can’t count on their site matching the web’s top destinations, there are a number of things that can be done to make certain a site isn’t unnecessarily hampering itself.

One important element in the chase for higher speed and better organic search results is the platform on which the page loads are measured. Google has made it clear that both desktop and mobile platforms should be considered while deciding which site is faster.

But for the users, how can they be sure that their site is performing up to its potential? Some advocate testing sites, and especially those with complex user interfaces, with headless browsers and automated testing might work.

While this is an excellent option for finding bugs and getting a high-level view of any technical issues faced by a site, it is not the right option for testing page speed for one very important reason.

Most browsers make heavy use of accelerated graphics. This is necessary because they present graphics and video using hardware-assisted graphics pipelines. As a headless browser never displays the actual contents of a page, it is literally loading the site on different hardware.

So, what does this mean? Well, it simply means that it is very difficult to get true results from speed tests, as the headless tests will be measuring something neither users nor search engines can see.

Well, here we are definitely not trying to say that the headless browsers are inherently problematic. Far from it. However, their involvement should be limited to those areas where they can be best utilized.

Another major area of interest to both Google and developers is e-commerce and the sales conversions achieved by sites ranking highly in Google. As the search market is so tightly integrated with e-commerce and advertising, sites like Google are highly motivated to make their advertisers and the products they sell more successful.

After all, if a site is buying ads on Google and getting conversions from those ads, any increase in organic traffic, and especially converting organic traffic, will be at the top of the priority list.

Speed is essential when it comes to a good user experience, as we’ve already learned, but it is also very important to the customers particularly when they plan to make a purchase.

After all, who would want to buy from a sluggish site. A sluggish site has a higher chance of generating an abandoned shopping cart in place of a sale, and that doesn’t help anyone, does it?

Webmasters concerned with their page rank are likely to worry about things like page speed and conversions, so this isn’t an area where Google has to be particularly heavy handed.

After all, Google itself announced their speed update would only affect a small percentage of sites including those that were egregiously slow. The vast majority of sites were likely to see no changes at all, but all were expected to avoid creating a bad user experience.

If a search users find what they are looking for, they are likely to come back to the search engine. If they reach their goal through advertising or organic links, it isn’t likely to make much difference.

If they land on a site that interests them, they are also likely to return to that site to either read, watch, participate, or buy. In this respect, Google and the sites it indexes have a shared goal.

Both want return visits, and based on the information the search engines already have about their users, the recommendation to improve page loading speeds is likely one among many right answers.

It is important to analyze your website’s speed on a regular basis.  One of the top free speed test tools comes from Dotcom-Monitor. Not only does their tool enable users to test their website from 25 locations worldwide, it also allows them to select which browser and/or device they’d like to test from.

Their speed test supports Chrome, Firefox, Internet Explorer, and mobile browsers including iPhone, iPad, and Android.  Once you complete the test, you will get waterfall chart analysis as well as performance reports. This helps developers and webmasters to improve their sites and user experience.

You can get a much better overall picture of your web performance trends and site speed with Website Performance Monitoring. Sign up to automatically test your website 24/7 and receive alerts with detailed reports when pages load slowly.

How to improve page speeds especially on mobile as well as for the bandwidth and hardware-limited users is probably going to be the major challenge for web developers over the next few years.

The “standards” wars are fading into history, and in their place are coming the “efficiency” wars. The technologies that are “most used” today will be optimized for the best practices. The results they produce will be the standard using which the future site performance will be measured.