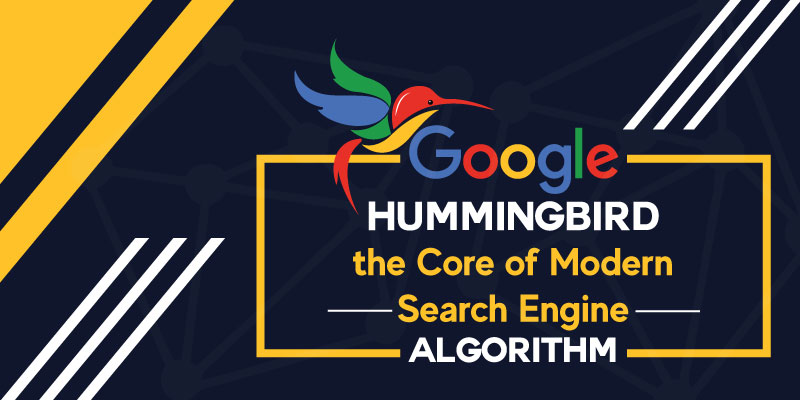 Unlike the previous Panda and Penguin updates which were initially released as add-ons to the existing algorithm, Google Hummingbird has been cited as a complete overhaul of the core algorithm.

While it’s believed that many preexisting components of the core algorithm remained intact, Google Hummingbird signaled its commitment to an increasingly sophisticated understanding of the intent of searchers’ queries with the goal of matching them to more relevant results.

Google announced Hummingbird on September 26, 2013, but it had actually already been in place about a month prior.

Whereas previous algorithm updates like Panda and Penguin sparked significant reporting of lost traffic and rankings, Google Hummingbird did not appear to have drastic negative impacts on the general web.

It was largely understood as having a positive influence on the accuracy of Google’s knowledge base known as the “knowledge graph.”

However, the local SEO community theorized that documented effects had been felt in the local search engine results.

The Power of Semantic Search Unleashed With Google Hummingbird

In order to fully understand the purpose behind Hummingbird, it’s important to first be familiar with the search engine features it most heavily impacted: semantic search and the knowledge graph.

A year prior to the release of Hummingbird, Google launched its knowledge graph: not an actual graph, but rather a set of SERP features designed to provide quick, accurate answers to users’ queries about people, places and things.

You can see the knowledge graph in action on the results page yielded upon searching for “chocolate chip cookies.” The SERP does contain standard organic results and links to suitable websites, but it also contains a rich set of knowledge graph data, including an answer box with a recipe, a right-hand knowledge panel featuring nutritional facts about this dessert, and suggestions for related search subjects.

How Does Google Understand the Search Intent of the User and Present the Relevant Results?

This is where semantic search comes in.

Semantic search attempts to match appropriate SERP results to the language of Internet users’ queries beyond the meanings of individual keywords, taking a broader context into account, even when the intent of the user is implicit rather than explicit.

To see semantic search in action, take a look back at the “chocolate chip cookies” SERP image above.

Even though the query was for the cookies themselves, semantic search extrapolated that despite the words used in the search query (which, taken literally, could refer to images or a definition of the cookies), the intent behind the search differed than the language used.

Google then served up results that match the searcher intent rather than searcher language. As a result, we see a SERP full of recipes, nutritional facts, and other topics related to making or eating the cookies.

Google’s increasing mastery of semantic search enables them, in their own words, to understand “real-world entities and their relationships to one another.

Hummingbird’s focus on matching query context to results relies on the intelligence of Google’s technology — the ability to parse intent.

Semantic search is a complex topic and you can read all about it on another blog of mine.

Here’s another example of how this works on the web.

Imagine that a Google user types or speaks this search engine query: best place for Chinese.

One of Hummingbird’s main purposes was to translate semantic search from a concept to a reality — and one that would ultimately become the search standard.

It sought to better approximate the true intent of searches so that, for a query like the Chinese food example referenced above, the user receives a set of local Chinese restaurants to choose from, rather than results for the best places for people to live in China or other irrelevant data.

In retrospect, the Hummingbird update could be seen as a step on Google’s path toward mastery of the inevitable rise of voice search.

When Hummingbird was released in 2013, “conversational search” was making waves in the SEO community.

Fast-forward just a few years and the emergence of voice search obliges Google to be equipped to understand fully natural language, using the spoken word for searches like, “Where’s the cheapest place for Mexican food near me?” or “How can I fix a leaky kitchen faucet?”

In sum, technology that is limited to understanding search language keyword-by-keyword isn’t up to the task of gauging intent.

Developments like semantic search and an update like Hummingbird are designed to operate effectively in a world of natural language.

While the organic SEO community strove to understand the effects of Hummingbird on the general web, the local SEO community dealt with some perceived fallout from the update.

For example, a query like “Melbourne attorney” would yield a single answer set apart in a box instead of the typical set of local businesses.

As many of these one-boxes rewarded businesses that were spamming Google via the use of false business names (e.g. listing themselves as “Melbourne attorney” instead of their actual name of “Law Office of Jim Davis”), Google was failing to deliver a relevant experience to users. This frustrating scenario was eventually resolved for the most part.

Additionally, the local SEO community speculated that Hummingbird may have had the following effects on the local and local organic results:

How Can I Tell If My Site is Hit By Hummingbird?

While local business owners may experience some temporary problems with spammy one-boxes decreasing their local search engine visibility, it’s unlikely that most websites experienced negative impacts from this update.

If your website experienced a drop in traffic or rankings that you believe may have been tied to Hummingbird, definitely take a look at a complete list of Google updates. It may well turn out that the agent of change for your website was another update, such as Panda or Penguin.

Hummingbird signaled to all website owners that Google had its sights set on increased understanding of the true intent behind users’ searches, looking at whole queries for context instead of treating them like strings of keywords.

The most practical application of this for website owners is to ensure that natural language is reflected in the site’s content.

Google Hummingbird may be seen as bridging the gap between old, spammy practices and modern SEO which seeks to speak the natural language of readers, using their own words.

Websites that deftly identify and publish the answers to the public’s most popular queries can seek to become chosen by Google as relevant resources for particular topics.

When your content is seen as matching searcher intent, there is opportunity not only to rank well organically and locally, but also to place in a SERP feature such as an answer box or knowledge panel.

In today’s search engine results, serving the intent of the searcher should place high on your list of SEO priorities, and you’ll want to use a combination of direct interaction with your audience, keyword research, and topical research to help your website achieve improve its visibility

Google Hummingbird is the result of the search engine’s constant and unwavering desire to significantly improve the search results quality and thereby contribute towards enhanced user experience.

By implementing mathematical concepts such as TF-IDF (Term Frequency – Inverse Document Frequency), Google engineers are now able to understand the context of the search in a more sophisticated manner.

Search engines are getting ever closer to reading both the search queries and web content like a human does.

This is a great opportunity to review and update your content to include more natural and conversational content.

This not only improves user engagements and dwell time, but also page rank as Google begins to recognize your site as a source of useful, valuable and relevant information.

So what do you think about Google Hummingbird and how can you best leverage its advantages to convert your site to one that attracts high traffic?

Do let me know using the comments section and I’d be happy to reply and chat.